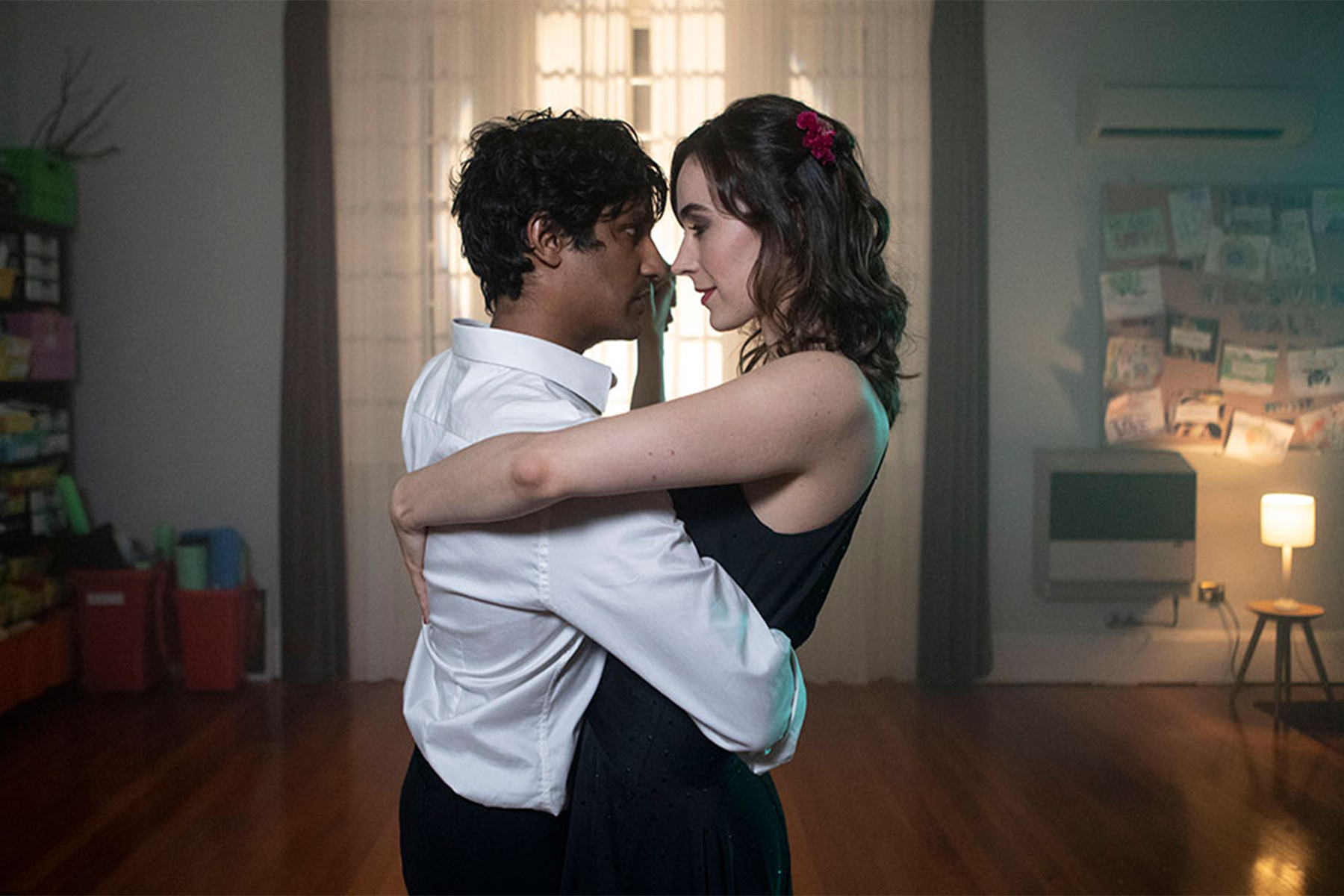 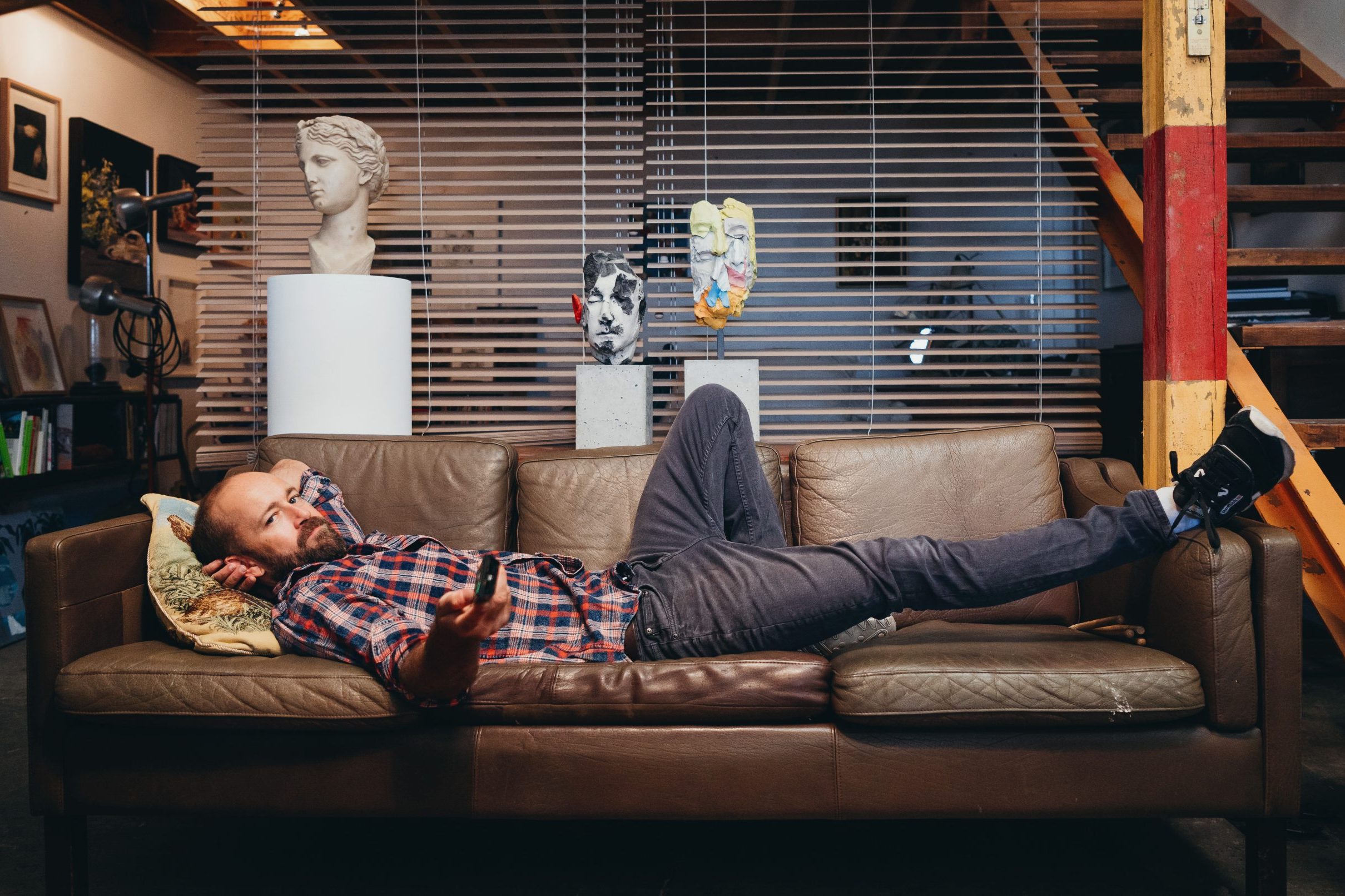 The feature documentary, Big Deal, is a wake-up call about the frightening extent to which money has infiltrated politics. It begins with Christiaan (Top of the Lake) mocking the fact that the US democracy has been taken over by big money, but he soon realises that the situation in his home country is not all that different. Christiaan’s unlikely journey shows us why we should care, and how we might work together to ensure our democracy is safeguarded from being sold to the highest bidder. Directed by Craig Reucassel (War on Waste) and Executive Produced by Jen Peedom (Sherpa). 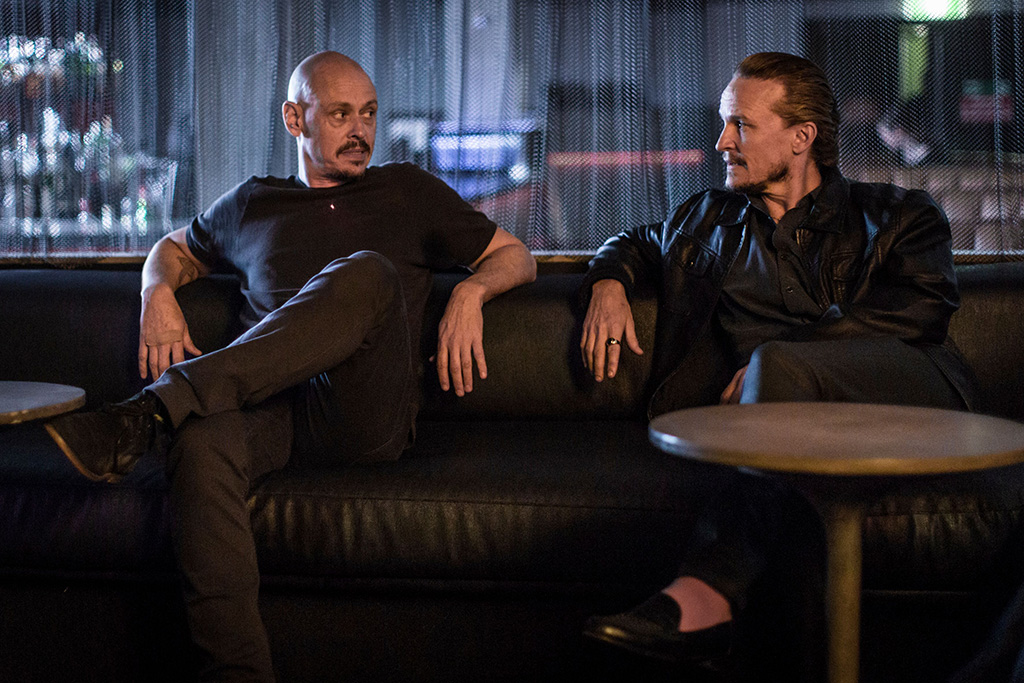 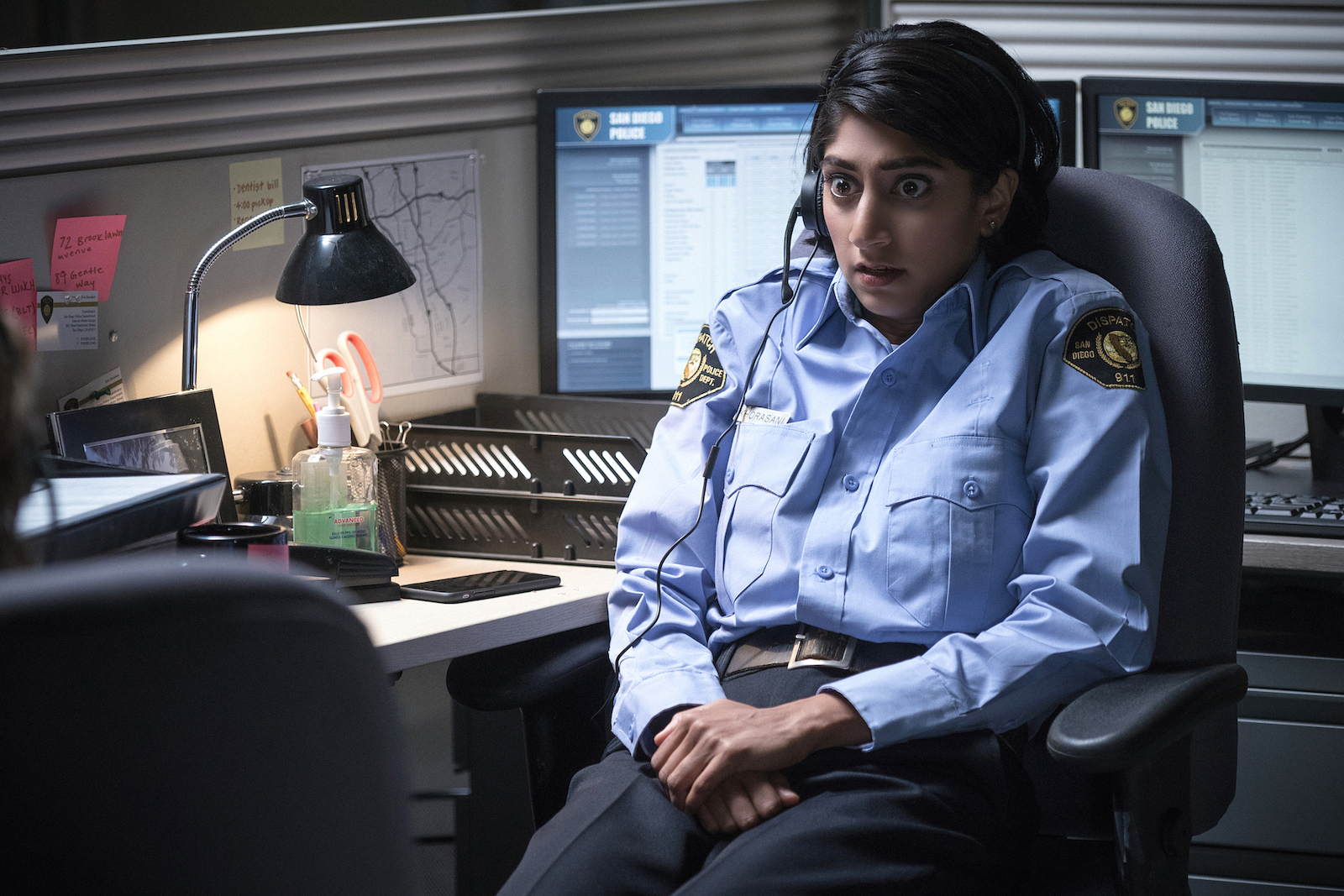 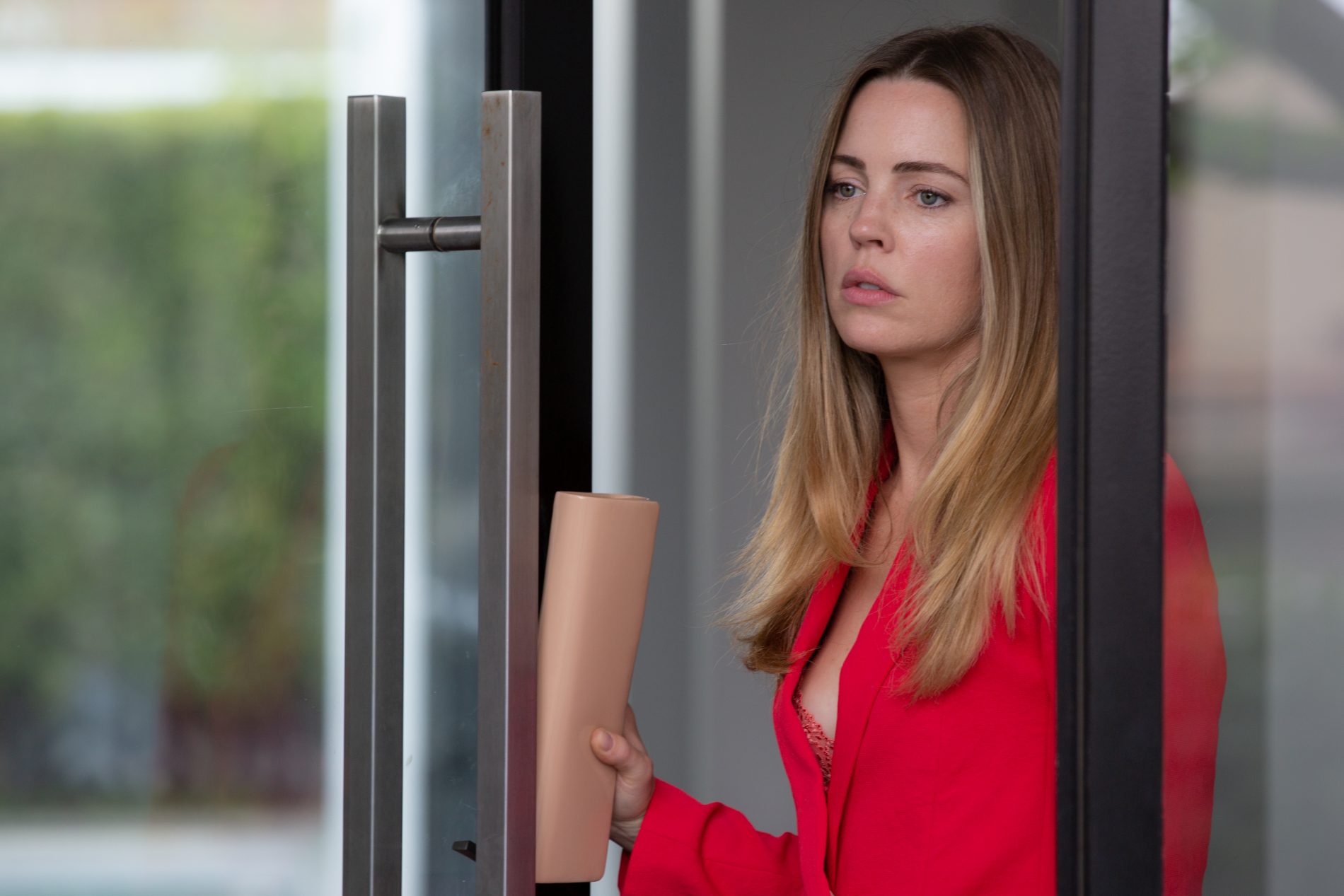 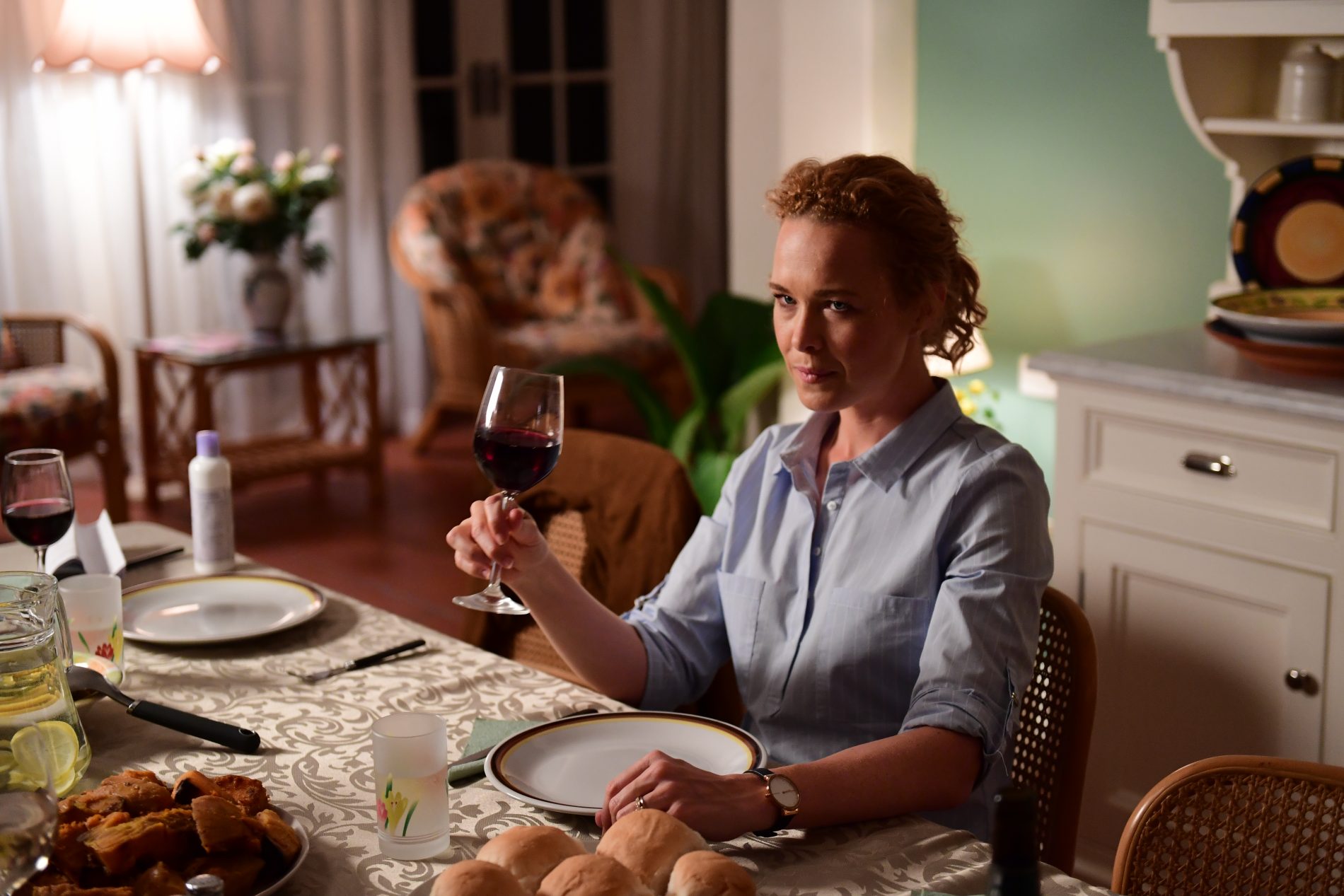 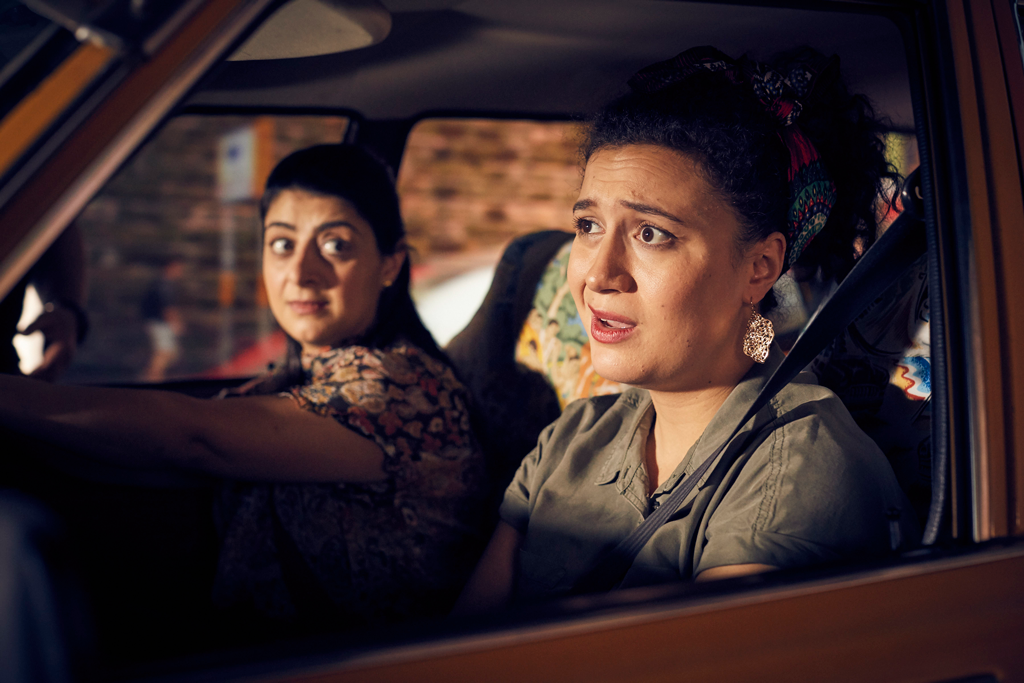 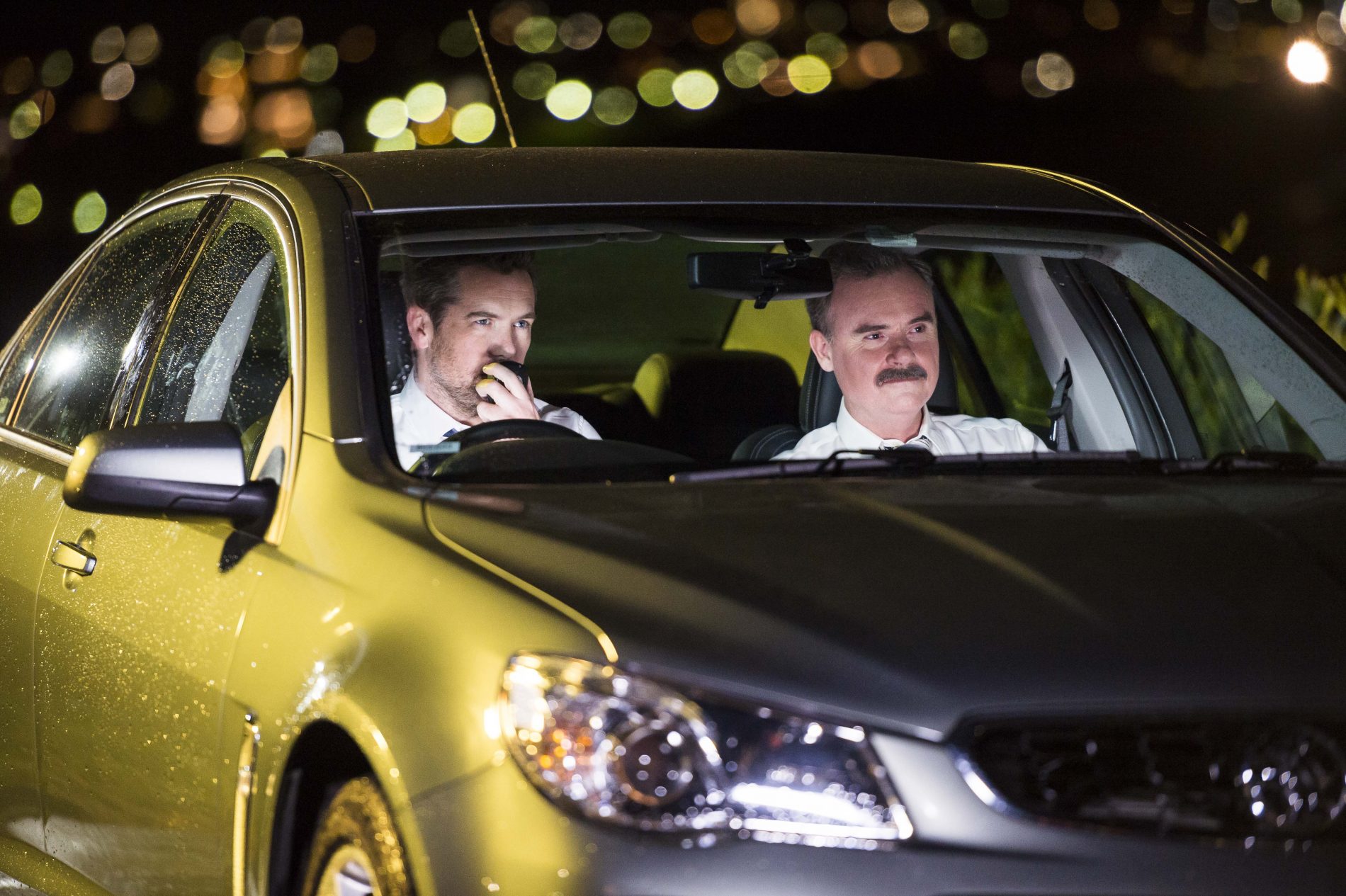 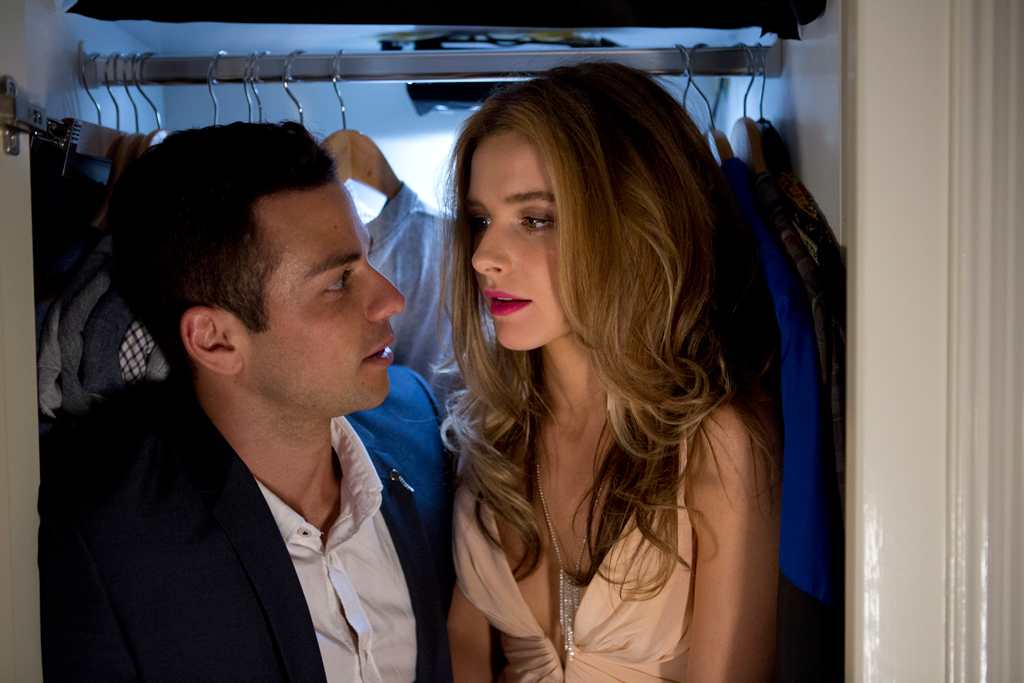 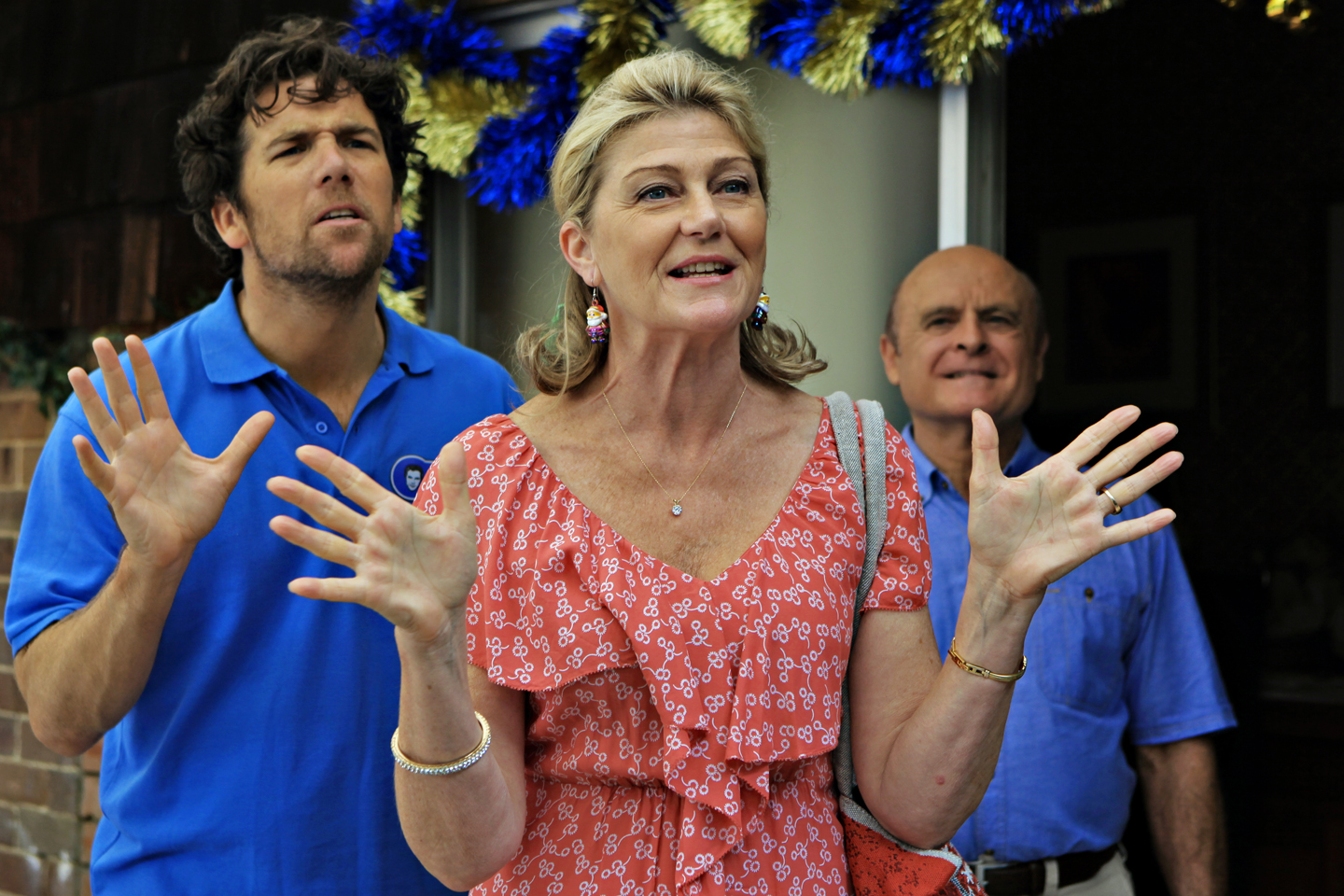 A comedy series that visits, once a year, for six years, the lovably dysfunctional Moody family, as they come together to share this universally celebrated holiday. The series is stuffed full of all the fun, fights, bad gifts, boring uncles, overbearing in-laws, shocking family secrets and bizarre eccentricities that any family who’s experienced the melting pot of Christmas Day will relate to. A Moody Christmas was a finalist in the Best Comedy of the Year category at the Monte Carlo TV Awards and has been picked up by CBS for a straight to series order for Fox. Its sequel is The Moodys which sees the Moody family coming together for family events over one year. Starring Ian Meadows, Patrick Brammall, Jane Harber and Tina Bursil.  It was created and written by Phil Lloyd and Trent O’Donnell with Executive Producer Jason Burrow and producers Andy Walker and Chloe Rickard. 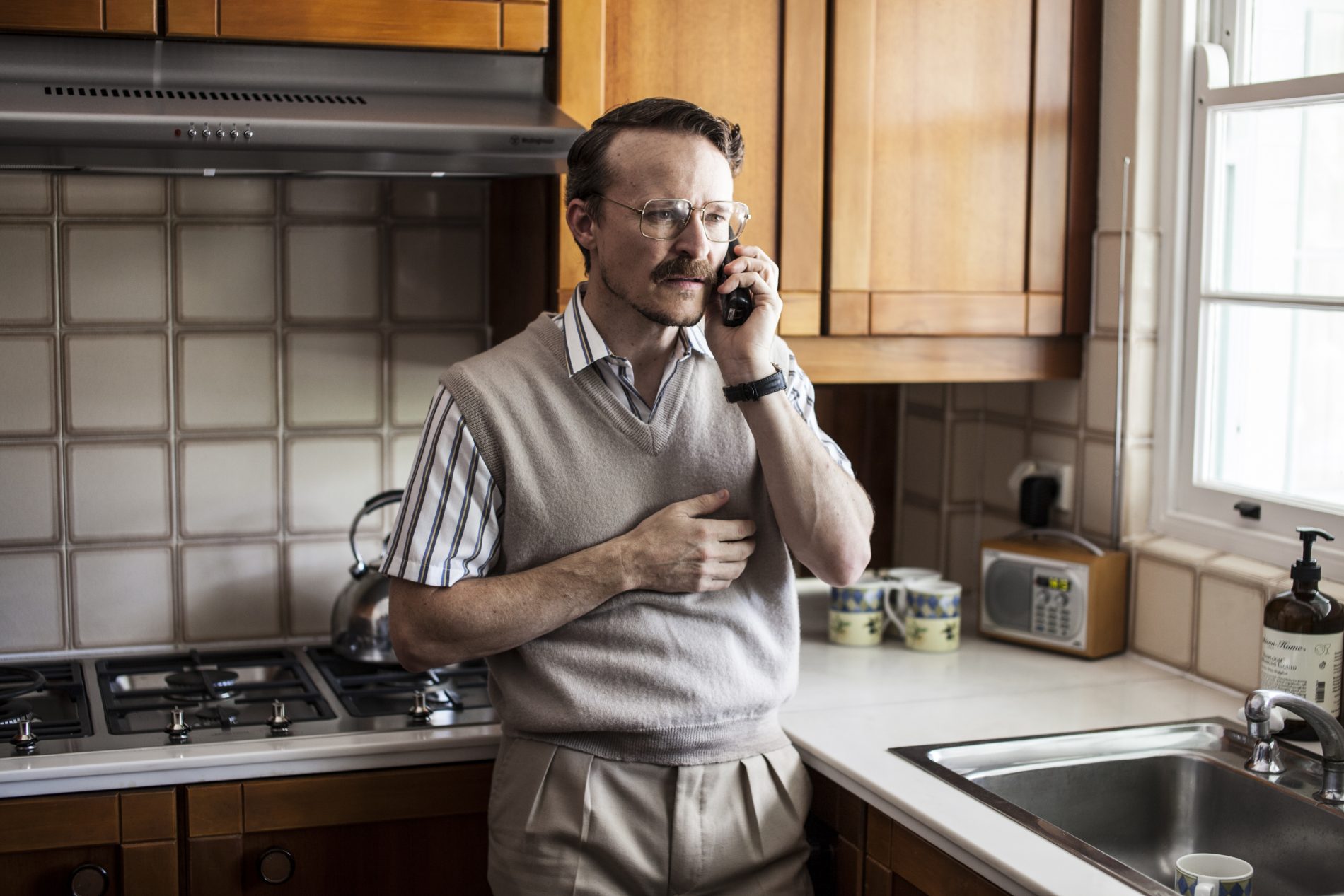 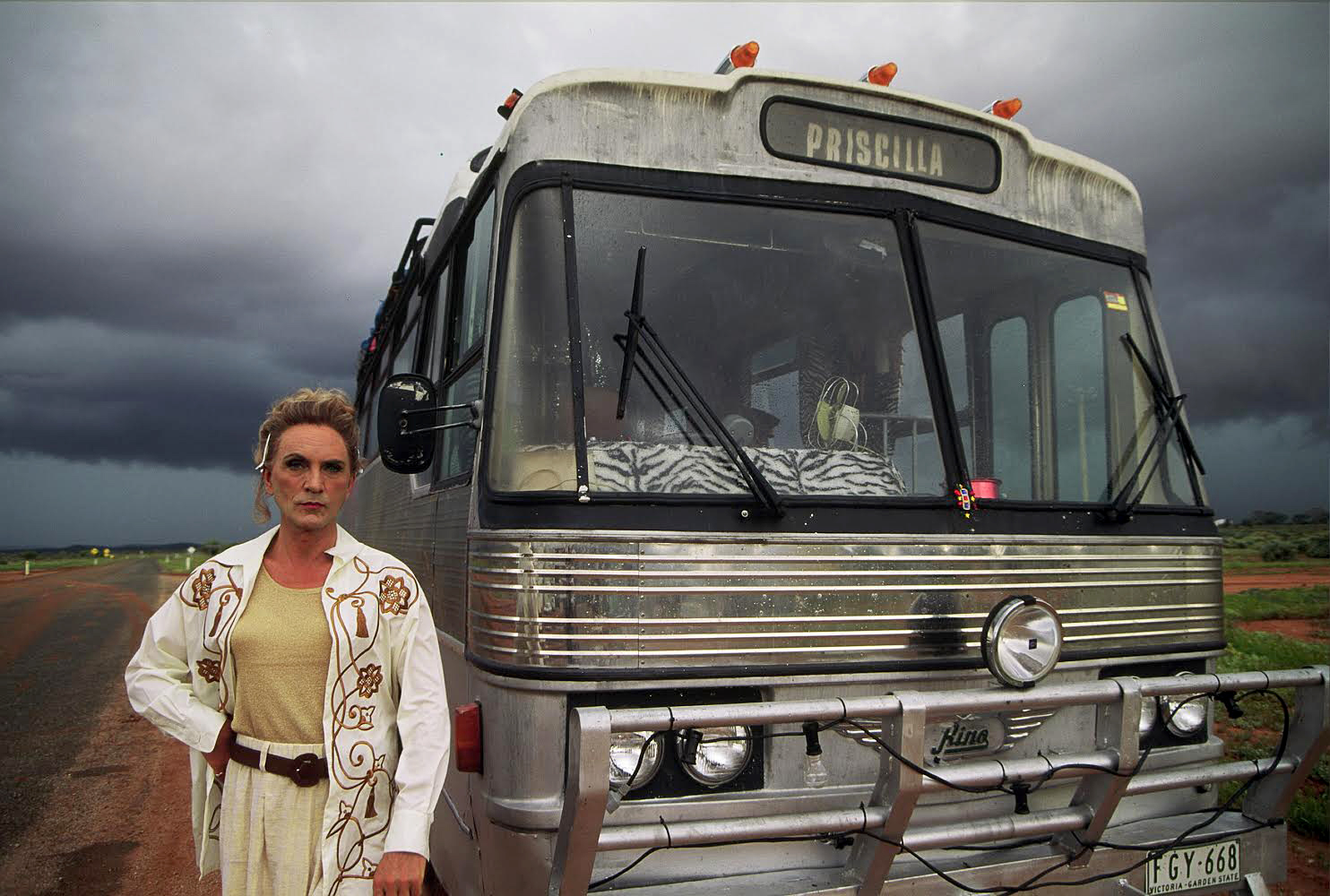 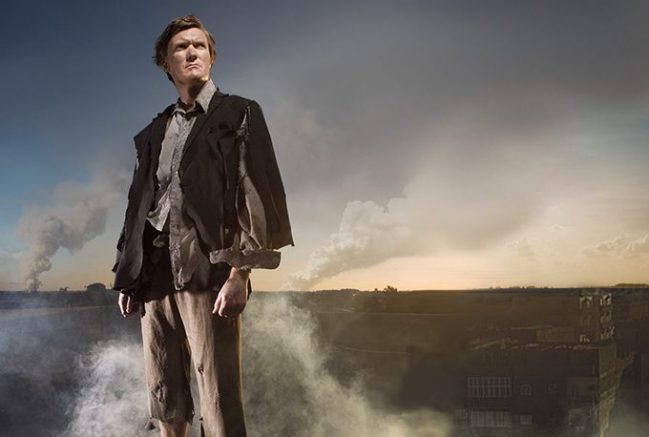 A satirical black comedy television series in which Myles Barlow, a critic, reviews real-life experiences in response to viewer questions, such as being a murderer and a drug-mule, the rush of pleasure as he pays for sex and the bleakness of living on the streets. Review with Myles Barlow was winner of the Best Comedy at both the 2008 and 2010 AFI Awards. The format was sold to the UK, Europe and the US. With the US three season series, Review aired on the Comedy Channel and was created by Trent O’Donnell and Phil Lloyd. 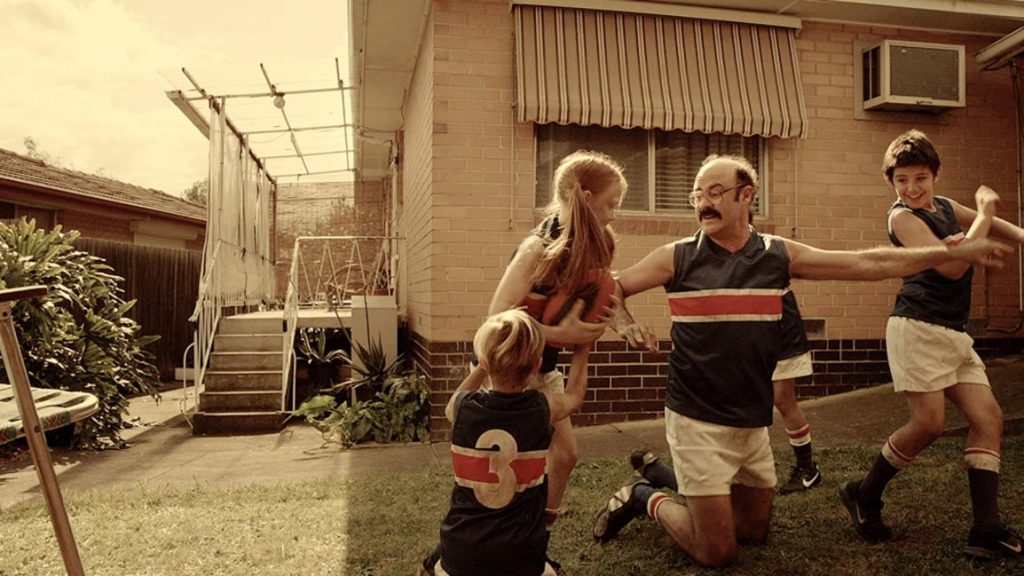 Jungle Entertainment produces premium drama and comedy for a worldwide audience. We collaborate with the very best creators and work tirelessly to champion their unique vision. We are known for a signature comedic tone, through which we explore the light and the dark in every story.

2021 will see four Jungle productions on air in the US, including the first season of Wakefield (Showtime/ ABC Australia/ BBC Studios), the fourth season of No Activity (Paramount Plus), the third season of Mr Inbetween (FX) and the second season of A Moody Christmas (Fox).

We drive innovative models of production and we like to be first. We produced Australia’s first ever SVOD commission, the original No Activity for Stan Australia, BBC2 and Hulu, as well as the first scripted comedy developed and commissioned by an Australian commercial network in 15 years, Here Come The Habibs. The creative team at Jungle were also behind Review With Miles Barlow which was ABC2’s first commission and was remade by Comedy Central into three seasons of Review.

Other productions include Bad Mothers for Nine Network Australia and Sundance Now, as well the original A Moody Christmas for ABC in Australia, which sold to BBC2, Hulu and total of 108 other territories worldwide.

The fourth season of No Activity USA went to air in 2021. It is a co-production with Gary Sanchez Productions, and is co-created, directed and co-written by Jungle partner Trent O’Donnell. The series stars Will Ferrell, Bob Odenkirk, Amy Sedaris, JK Simmons, Jessica Alba, Jason Mantzoukas, Sunita Mani and our very own Patrick Brammall.

No Activity is currently one of the highest selling formats around the world having been remade in the US, Holland, Germany, Denmark and Dubai with another four foreign remakes soon to be announced. 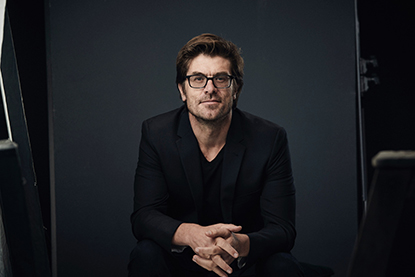 Jason Burrows started Jungle Entertainment with a small house plant in his apartment. With a little water and a lot of love, it really has become a Jungle. Now one of Australia’s top production companies, and a player within the global film and television market. Jason’s Executive Producer television credits include Wakefield (ABC), No Activity (the original and the US remake), Mr Inbetween (FX), Squinters (ABC) and Sando (ABC) as well as Here Come the Habibs (Nine Network), A Moody Christmas (ABC), its sequel The Moodys (ABC), and The Elegant Gentleman’s Guide to Knife Fighting (ABC). In the factual sector, his credits include Between a Frock and a Hard Place (ABC) and comedy documentary The Super Dave Odyssey (Network Ten). 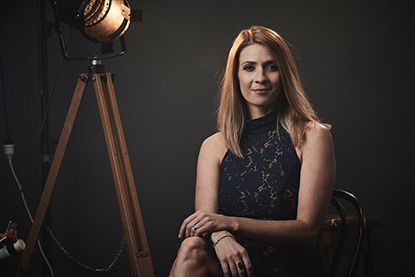 Chloe Rickard is Partner, Chief Operating Officer and Executive Producer at Jungle Entertainment. She has been integral to the company’s growth, innovation and success.  Her Executive Producer credits include Wakefield (ABC/BBC Studios), Bad Mothers (Nine Network/Sundance Now), Squinters (ABC) and Soul Mates (ABC/SeeSo). She produced No Activity (Stan Australia), The Moodys and its sequel A Moody Christmas (ABC/BBC2/Hulu), Sando (ABC), Here Come the Habibs (Nine Network), Elegant Gentlemen’s Guide to Knife Fighting (ABC), and over 150 television commercials and music videos. She is currently developing the feature films The Hitchhiker based on the internationally acclaimed short film and Croak funded by Screen Australia. Chloe gained her Masters of Screen Arts & Business from AFTRS, in which she was awarded the Foxtel New Media Innovation Prize and the Wake In Fright Prize for the best thesis. Chloe is the Chair of the Screen Tasmania Advisory Board (STEAG). 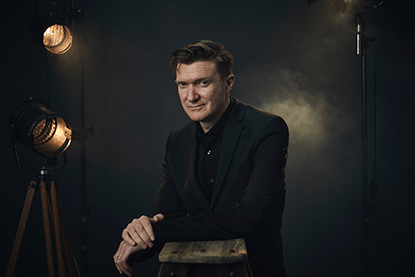 Trent O’Donnell is currently working on comedies in both Australia and the US, and racks up plenty of frequent flier miles as an in-demand director, writer and producer. Trent is the creator, director , co-writer and executive producer of No Activity for Paramount Plus. He was the supervising and directing executive producer on hit Fox comedy New Girl from 2013-2017 and directed 28 episodes during this time. He is the co-creator, writer and director of A Moody Christmas, its sequel The Moodys which is being remade in the US by CBS for Fox and Review with Myles Barlow, which was also remade in the US as Review on Comedy Central. He has won multiple Best Comedy AFIs, Best Comedy at SPA, a Best Comedy AWGIE, Best Ensemble Comedy two years running (Equity Award) and Best Comedy Director (Australian Directors’ Guild Award). His other directing credits include the The Good Place, Brooklyn Nine-Nine, The Letdown, Problems, Woodley, Laid, Kitchen Cabinet and The Chaser’s War on Everything.